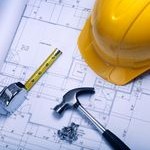 Probably one of the biggest issues facing remodelers today is the labor shortage. Almost every company I speak with is short-handed. All these company owners voice the same complaint: “I can’t find good, qualified help.” Steven W. Burak, an ABC Seamless franchisee that lives outside of Boise, Idaho, shared with me a story that everyone in construction should hear.

Steve has been in the home improvement industry for 27 years, so he is very familiar with the problems that come with this industry. He was dealing with his own labor issues regularly. To handle the workload in his growing business, he regularly was dealing with substandard employees who brought bad attitudes and work habits to his office every day. It affected the morale of the entire company, but Steve put up with it because he thought he had to to get the work done. About 6 years ago, he decided to start doing things differently. One of the first areas he began to work on was how to find and keep good employees. He began by looking at the cost of new hires. It cost him a certain amount of money to train new employees and bring them up to speed, and every time an existing employee left for a new job, he would start that process all over again. It was time consuming and expensive. To streamline his own training procedure, he began to put on paper every step, of every procedure, the employee was learning during their training period. His reasoning was that once it was written down, he could work on it, tune it, track it, document it, and count it. The goal of this was to get to a point of when he did hire a new person, he could simply hand them a “procedures” manual, where the new employee could open the book to the procedure they needed to follow, and by simply following the list of steps outlined in the manual, the installation required would be done correctly every time. The procedures manual created a predictable result. But it did more than that.

In using this procedures manual, he made a very important discovery. With written procedures and programs in place, he discovered he could bring in average people, and if they followed the clearly defined procedures outlined in the manual, they would produce above average results in spite of their background and training. This discovery has allowed Steve to dramatically change the way he approaches hiring new employees. He no longer looks for the most talented person he can find to fill an open position. His hiring is not focused on talent; it’s now based on character. He now hires the best person he can find. He wants honest people, people with integrity, people who will show up for work, do what they said they would do, and people who are easy to be around. Character is what builds a team, not talent.

Professional sports franchises relearn this lesson every year. Every year you read stories about an overzealous franchise owner who pays millions of dollars to bring in a high priced free agent in the hopes this player will lead them to the championship. More often than not, these teams never make it to the championship game. Teams made up of individual stars usually lose to teams with less talented players who play well together. Team chemistry is just as important, if not more important than talent.

Hiring the best person has changed the “culture” in his company. He said it is a pleasure to go to work now. Good people, people he likes to be around, now surround him. This company culture has affected employee retention. “People don’t leave jobs because of money. They leave because they don’t like where they work. They leave because they’re not appreciated. We’ve created a positive, caring environment and I take the time to appreciate these people every day.” His approach to hiring the “right” people is well reflected in the simple ads he runs in the employment section of his local paper:

“Seeking good, honest people looking to work in a caring environment, where they will be appreciated for their efforts and compensated for their time. Call…”

previousAdapting to the New Economy